Infectious diseases have a substantially growing impact on the health of communities around the world and pressure to both predict and prevent such diseases is ever-growing. LSU Assistant Professor of Biological Science Tad Dallas and colleagues developed a simple approach to accurately predict disease outbreaks by combining novel statistical techniques and a large dataset on pathogen biogeography.

Pathogen biogeography refers to the spatial distribution of pathogens across the globe, and fundamentally links biogeography, community ecology and epidemiology.

“Our approach leverages data on the entire network of pathogens and countries in order to forecast potential pathogen outbreak, emergence and re-emergence events,” Dallas said. “Emergence events, which are first records of a pathogen recorded in a given country, are incredibly difficult to predict, as they are sort of by definition unexpected.”

Using information from the Global Infectious Diseases and Epidemiology Network, or GIDEON data resource, Dallas collaborated with two co-authors, Colin Carlson from Georgetown University, and Timothée Poisot from the University of Montreal.

The study, published in Royal Society Open Science, weighs data on a large number of pathogens to forecast outbreaks, whereas previous approaches are much simpler. A simple approach to understanding and forecasting the occurrence of a pathogen in a country would require only information on the specific pathogen of interest. As Dallas explained, this more traditional approach a researcher would take would say, "If I observe an outbreak of a given pathogen in a country in half the number of years I looked for it, then I predict that there is a 50 percent chance the pathogen will be there next year."

But it’s possible that the distribution of other pathogens and other countries may inform the prediction of outbreak potential of the pathogen of interest. For instance, similar pathogens may have similar global distributions, and similar countries may have similar pathogen communities. Using this information to inform the forecasting of a single pathogen in a country of interest greatly increased the predictive accuracy relative to the traditional null model.

Dallas and colleagues recognize that detailed information on countries and pathogens may be required to more accurately forecast what countries certain pathogens appear in, but the simple method they developed outperforms traditional null models.

“The null model was an important component of this work, as it takes temporal data and makes a reasonable assumption,” Dallas said. “While simple, this is an approach which has been used to forecast disease risk. Our model predicts pathogen outbreaks better than this null approach, while it fails to predict emergence events. The goal is not necessarily to forecast all pathogen outbreak events everywhere, but simply to provide a benchmark for comparison to more advanced techniques."

“Infectious disease outbreaks, whether they be widespread like Influenza or fairly geographically restricted like Ebola, may be difficult to prevent,” he said. “However, if we can forecast outbreak potential in time, public health officials and governments can preemptively prepare for a potential outbreak event.”

Dallas’ favorite part of his research so far has been combining knowledge across different subfields of ecology.

“By combining aspects of community ecology into the study of human infectious disease, we were able to gain some insight into the distribution of pathogens at a global scale,” he said. “And to apply ideas across subfields, it helps to have a great team of collaborators from somewhat different fields, as I definitely found in Colin Carlson and Timothée Poisot.”

While Dallas’ current research focuses on the global distribution of animal parasites and less with infectious diseases, he is furthering disease research by advising honor student Tivon Eugene, who is examining spatio-temporal patterns of pathogen outbreak and emergence events at LSU.

The rapid spread of pathogens can be accredited to growing contact between wildlife and humans, changes in climate and land use, food insecurity, as well as geopolitical conflict. Looking ahead, developing the means to predict and prevent infectious disease outbreak and emergence requires collaboration of scientific knowledge like Dallas’ to address this global health concern.

First FDA-approved vaccine for the prevention of Ebola virus disease

Model probes possible treatments for neonatal infection, a common cause of infant death 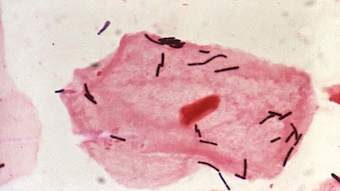 WHO prequalifies Ebola vaccine, paving the way for its use in high-risk countries

Understanding acute febrile illnesses in Central America and the Caribbean

WHO welcomes vital new funding for the Global Fund