As you read this line, you’re bringing each word into clear view for a brief moment while blurring out the rest, perhaps even ignoring the roar of a leaf blower outside. It may seem like a trivial skill, but it’s actually fundamental to almost everything we do. If the brain weren’t able to pick and choose what portion of the incoming flood of sensory information should get premium processing, the world would look like utter chaos—an incomprehensible soup of attention-hijacking sounds and sights.

Meticulous research over decades has found that the control of this vital ability, called selective attention, belongs to a handful of areas in the brain’s parietal and frontal lobes. Now a new study suggests that another area in an unlikely location—the temporal lobe—also steers the spotlight of attention.

The unexpected addition raises new questions in what has long been considered a settled scientific field. “The last time an attention controlling area was discovered was 30 years ago,” says Winrich Freiwald, head of Rockefeller’s Laboratory of Neural Systems, who published the findings in the Proceedings of the National Academy of Sciences. “This is a fundamental discovery that might require a rethinking of old concepts about attentional control.”

Freiwald and his colleague Heiko Stemmann at the University of Bremen in Germany first encountered this brain area during an experiment a few years ago. They were studying brain activation in monkeys engaged in a task that requires maintaining focus on a subset of rapidly moving dots on a screen. As expected, visual areas specializing in motion detection, as well as areas known for selective attention, lit up on brain scans.

But there was also area PITd, named for its location in the dorsal part of the posterior inferotemporal cortex, whose activation the scientists couldn’t quite explain. “All of the areas we found made sense, except for this one,” Freiwald says.

Not only was it not known to contain any motion sensitive neurons, PITd also didn’t appear particularly sensitive to other types of visual information, suggesting it wasn’t a sensory processing area. In the new study, the scientists asked if this mysterious brain area might be controlling attention. It seemed like a long shot, as PITd was far away from classic attention areas. “But we took the bet,” Freiwald says.

The brain’s attention areas hold an internal map of the outside world, a kind of control panel that ensures we are directing our data-processing resources toward the small part of the world that’s relevant to our goal at any given time. A telling sign of an attention control area is that its neurons don’t care about what we are looking at—a flying bird, a pitched ball, a single word on a page full of words—only where that thing is. Its neurons code for a specific area in our field of vision, only firing when that part is being attended to.

The scientists decided to test whether PITd contained any such neurons. They randomly selected about 200 neurons, hoping that at least some of them would turn out to be location specific, responding exclusively to one part of the screen with moving dots that the monkeys in the experiment were looking at.

At the first recording session, Freiwald recalls pacing nervously on his feet, staring at the monitors that track the electrical activity of the neurons and play it in sound form. But his anxiety soon turned to disbelief. The results were just too good: The first randomly picked neuron showed a strong liking for a specific location. And so did the second neuron. And then the third.  “It was absolutely mind boggling,” Freiwald says. “We figured out that one of us could close his eyes and tell just by listening to the neuron’s response whether the subject is paying attention to the left or right part of the screen. That’s how strong the signal was.”

The signal could even predict when the monkeys would make a mistake because they weren’t paying attention to the right spot. And as closely as these PITd neurons tracked the locus of attention, they ignored what was actually happening on the screen—another feature of an attention area. Unlike a typical sensory neuron, their activity remained the same even if the moving dots changed direction or color.

Lastly, the scientists stimulated PITd to artificially activate it. “We could improve the animal’s performance,” Freiwald says. “That for me is the linchpin in making a strong claim that this area controls attention.”

Area PITd may have been long overlooked because most research efforts have focused on the first areas discovered to govern control attention. “You wouldn’t know if a little over to the right you might find something that’s even more interesting,” Freiwald says.

But why this area exists at all is still an open question, with peculiar mysteries. Neuroscientists have long held that we pay attention to the world through two distinct networks, one concerned with figuring out “what” we see, while the other finds out “where” we see it. When something jumps out in the environment, like a red traffic light, it grabs our attention through the “what” network. In contrast, when something requires our deliberate attention, the “where” network gets involved. PITd appears to help with the latter kind of attention, but it’s situated among the “what” areas. In other words, it doesn’t quite fit the description of either of these two networks—rather, it seems to fall somewhere in between.

The eccentricities of PITd may be a clue that the classical account of attention is not the full story, Freiwald says. More than just adding to the list of attention control areas, it might actually challenge scientists to rethink how some aspects of our brains are organized. 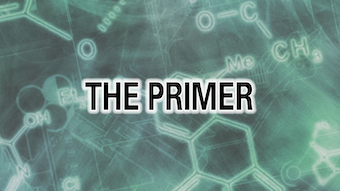 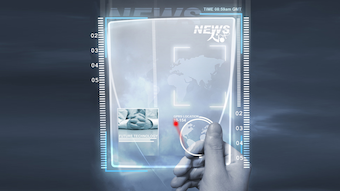