Healthcare coverage was dealt a new blow as preexisting medical conditions, concerns about medical insurance coverage and consumer protections are all expected to be called into question with the latest federal ruling that affects the Affordable Care Act (ACA). As reported by The Washington Post, the new ruling from the U.S. Court of Appeals for the 5th Circuit eliminated the ACA requirement that most Americans had to carry insurance, calling it unconstitutional, even though the actual penalty for not carrying insurance had already been eliminated by Congress.

Considered a major accomplishment of President Barack Obama’s first term by many supporters, the ACA was signed into law in March of 2010. Since that time, the divisive topic has been given many nicknames, and has often been referred to as a no-win situation with people forced to pay for insurance or pay the penalty for not having insurance. However, with the individual insurance requirement being removed, this has opened the door for ACA opponents to call into question the remaining parts of the ACA, arguing that the remaining parts cannot stand alone without the part that has been removed.

The latest federal decision doesn’t look to be the end of the issue, as the 5th Circuit’s decision is likely to bring the issue back to the Supreme Court for a third time, with California Attorney General Xavier Becerra (D) adamant about preserving the law. After being heard by a higher court, the issue may progress to a lower court to decide if the remaining ACA can stand on its own. As the debates about the completeness and constitutionality of the existing ACA continue, open enrollment dates for 2020 ACA health plans have already passed for coverage that begins on January 1, 2020, leaving the issue as potential fodder for debates in an election year.

The latest decision comes almost one year after U.S. District Judge Reed O’Connor, a conservative on the District Court for the Northern District of Texas, held that the entire ACA is unconstitutional. While the current ACA case is being appealed, people who rely on the ACA as their only source of affordable health insurance are keeping a watchful eye on the outcome. If the appellate decision is upheld, the most popular aspect of the ACA that would be affected is insurance protections for Americans with preexisting medical conditions.

ACA supporters also point out that other areas that could be affected include “insurance subsidies for most people buying health plans through ACA marketplaces, designed for individuals and families that cannot get affordable health benefits through a job; the expansion of Medicaid in three dozen states, the ability of young adults to stay on their parents’ insurance policies until they turn 26; and no-charge preventive care for older Americans on Medicare” according to Post reporter Amy Goldstein.

New cases in outbreak of EVALI on the decline

First FDA-approved vaccine for the prevention of Ebola virus disease

WHO launches new report on global tobacco use trends

Tips for a greener lab 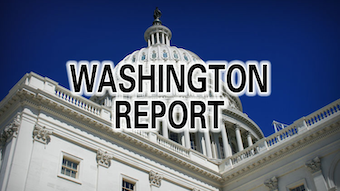