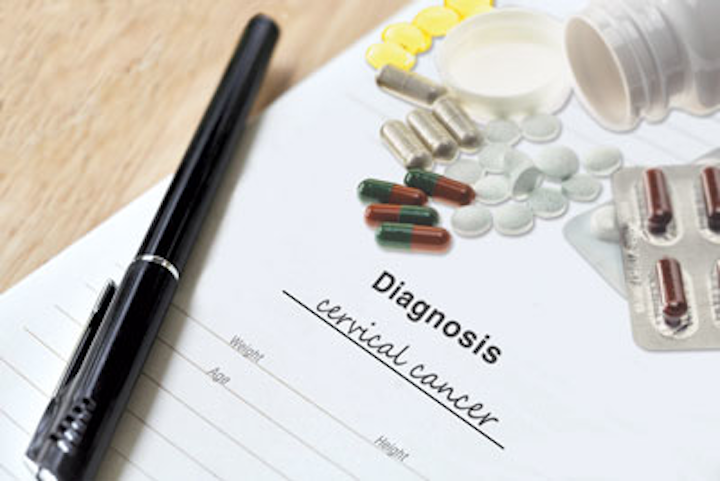 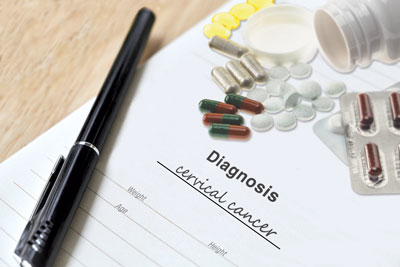 Controversial proposals for cervical cancer screening have engaged the medical community in an ongoing debate about the merits of co-testing with both Pap and human papillomavirus (HPV) tests compared to screening with an HPV test alone (where a positive HPV screening result may lead to further evaluation with cytology and/or colposcopy.) (Referred to herein as “HPV Testing Alone.”) Recently, the U.S. Preventive Services Task Force (USPSTF) removed the rating for co-testing from its 2017 draft recommendations for cervical cancer screening,1 representing a significant change from current practice. These recommendations, if implemented, would have serious repercussions for testing laboratories that support clinical practices for cervical cancer screening by disrupting existing processes and jeopardizing standardization and consistency of sample analysis. A group of professional societies including the College of American Pathologists recently issued a statement supporting inclusion of co-testing in response to the draft USPSTF recommendations.

Today co-testing in women ages 30 to 65 is the preferred screening strategy recommended by most medical societies, including the American Cancer Society (ACS),2 American College of Obstetricians and Gynecologists (AGOG),3 and American Society for Colposcopy and Cervical Pathology (ASCCP),4 as well as federal government agencies such as the Health Resources and Services Administration (HRSA).5 The elimination of an effective screening protocol by the USPSTF, without proper rationale, could reverse decades of progress in women’s health and disease prevention.

The USPSTF states that its recommendations are intended to help primary care clinicians and patients decide together whether a preventive service is right for a patient’s needs. Until recently, USPSTF recommendations for cervical cancer screening aligned with other medical societies and health agencies (Table 1).

Last year, however, the draft USPSTF recommendations were changed significantly (Table 2). Co-testing was omitted from the screening recommendations for reasons that many stakeholders believe to be poorly substantiated.

The draft recommendation summary posted on the USPSTF website was based on incomplete comparisons and gaps in evidence with regard to clinical studies that were cited, the populations these studies screened, and the specific cervical cancer testing methods used in these studies.

Authors of the USPSTF draft recommendations relied heavily on European national healthcare screening studies, which are not applicable to the opportunistic screening used by the United States healthcare system. Studies cited by the USPSTF that support HPV Testing Alone were performed in countries with different population demographics than those of the U.S. For example, minority populations that are prevalent in the U.S. are not as highly represented in European countries.

Despite these differences in demographics, it should be noted that some European countries, such as Germany, are adopting co-testing for cervical cancer screening based on the Table 2. strong supportive evidence that was not included in USPSTF’s modeling criteria.

The testing methods used in studies cited by the USPSTF raise additional concerns, as the summary neglected advances in U.S. testing. Liquid-based cytology was introduced more than a decade ago into U.S. clinical practice and is now a standard procedure. This innovation, which allows examination for abnormal cells and testing for HPV infection to be performed using the same specimen, has enhanced overall co-testing consistency. Computer-assisted cytology sample reading has also greatly reduced variability in specimen evaluation. Many of the studies cited by the USPSTF in support of HPV Testing Alone compared with co-testing had not incorporated these methods into their screening practice.

Only one hrHPV assay is currently approved by the U.S. Food and Drug Administration (FDA) for cervical cancer screening via HPV Testing Alone, yet many of the studies cited by the USPSTF did not use this HPV test. It seems questionable to support U.S. screening recommendations with evidence based on HPV tests that likely would not be used in U.S. clinical practice.

Importantly, the HPV test approved by the FDA for screening via HPV Testing Alone is a DNA-based hrHPV assay. However, mRNA-based hrHPV testing is the most commonly used approach in the U.S. HPV assay technology has advanced, and yet the USPSTF did not take mRNA HPV testing into consideration in its model. The increased specificity offered by mRNA-based screening results in a 24 percent reduction in false positives compared to a DNA-based HPV test.6 The model design used by the USPSTF to support its decision potentially weighted study results that favor HPV Testing Alone and omitted data favorable to co-testing with mRNA-based HPV tests. By not considering the use of mRNA-based testing in their evaluation of co-testing, the USPSTF underestimated the benefits of co-testing.

Another major flaw in the USPSTF evidence summary is the omission of large-scale, U.S.-based clinical studies that substantiate the value of co-testing. Three recent studies provide compelling evidence demonstrating that co-testing is the superior strategy for cervical cancer screening.

In one, a retrospective, cross-sectional study was conducted that included biopsy results from 256,648 women ages 30 to 65 from a real-world practice, who had co-testing performed within one year of biopsy.7 Five hundred twenty-six of these women had biopsy-confirmed cervical cancer. Looking back at the results from each testing method separately revealed that 18.6 percent of these positive samples tested negative with the HPV test, 12.2 percent tested negative with the Pap test, and only 5.5 percent tested negative with co-testing. Overall, 70 percent of cancers missed by screening via HPV Testing Alone were identified by co-testing.

A second study in support of co-testing, also not considered by the USPSTF, addressed the lack of direct comparisons using the same HPV test. In this study co-testing and HPV Testing Alone were compared using the same hrHPV test.8 This retrospective study consisted of a total of 130,648 screened women. The study confirmed that screening with co-testing detected more cases of pre-cancer and cancer than either test used alone. Co-testing missed significantly fewer cases of high-grade cervicovaginal lesions—only 1.2 percent—compared to either the HPV test (8.7 percent) or the Pap test (9.1 percent) when used alone. These results demonstrate that co-testing, which combines two methods of testing that provide different, nonoverlapping information, misses significantly fewer cases of cervical cancer than either test alone.

Based on detection of HPV expression of high-risk proteins, mRNA-based HPV testing provides increased specificity in cervical cancer screening. To further explore the benefits of increased specificity, a theoretical cost-effectiveness model was designed.9 In a simulation cohort of one million 30-year-old women modeled up to age 70 years, the clinical-economic modeling study predicted that screening with HPV primary testing instead of co-testing could lead to a 37 percent increase in invasive cervical cancer cases. The model predicted that over the next 40 years co-testing with an mRNA based assay could prevent nearly 150,000 cases of invasive cervical cancer and save approximately $4 billion in U.S. healthcare costs. The greater specificity of mRNA based HPV testing, combined with the better sensitivity of the image-guided Pap test, was the most influential factor in the incremental difference in cost savings shown in the modeling study.9

These studies represent key evidence supporting co-testing with mRNA-based hrHPV testing, as performed in the U.S. today, as the best option for offering protection against development of high-grade cervical lesions and cancers as well as reducing anxiety and costs of unnecessary follow-up procedures. The new USPSTF recommendations would deprive women of the option to be screened by the testing method most likely to deliver the greatest benefit, particularly in cases of longer screening intervals, and could compromise the early detection of cervical cancer so critical to saving lives. Laboratory professionals should continue to advocate for the best possible screening strategy against cervical cancer.